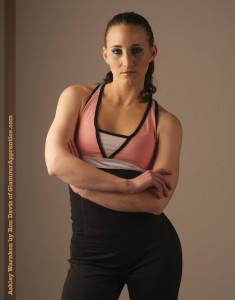 We talked previously about how to approach “models” in the real world and now I wanted to talk about how not to seem creepy.

This isn’t an easy to write about because what creeps a woman out varies from woman to woman and model to model. I think the models who are most successful are the ones that get creeped out the least.

It is Different When Talking to Models.

When you approach a model on a modeling site or at a live event they understand you are probably not hitting on them when you ask them to shoot.

When you are talking to a pretty woman in the real world you are probably going to have to explain things more. Matter of fact, I’d start talking about something related to being a photographer and then make it personal to them. If you start with “Hey, baby want to shoot?” or some variation they are going to just think you are hitting on them.

Talk About The Photography

The other night Shawna and I were at dinner discussing where the podcast is going in the future and we got to talking about crazy stuff in photographers profile text. One thing she mentioned was how explaining your life story and how you are happily married and going on and on about it is just weird to her. You are there to do photography, focus on that.

You don’t have to defend yourself before you ever talk to them. Don’t start making counter arguments to bad things you believe she is thinking about you. If you stay on topic that is good enough. Make it obvious you are passionate about photography and she’ll never think you are interested in hitting on her.

Don’t start off messages and discussions with personal topics. “Hey, how you doing?”, “What’d you do today?”, “How about them Cowboys?” are not good first questions when talking to a model. They are off topic and boring.

Talk about the photography and modeling first. You may not know you want to shoot with a model the first time you talk to her. In the case of models on modeling sites, you probably aren’t sending them a message for any other reason, but if you a meeting at a networking event you may not be sure she’s someone you want to shoot with. In this case start out talking about modeling. Asking things like…

“How long have you been modeling?”
“What kind of model are you?”
“What is your favorite stuff to shoot?”
“What haven’t you shot that you want to shoot?”

Talk to The Model

I know a lot of us are shy, but you need to open up and talk to the model. As I said in my post on One Thing That Makes You Look Creepy. If you stare at a model and say nothing you are going to seem creepy.

Those are a few suggestions. Do you have any tips on not sounding creepy? I know there are models who listen to the podcast and read the blog. Feel free to chime in here and give us your tips on what photographers do that is creepy.